Starting on July 24th, we begin...another hope this might work.

I knew you were trouble... 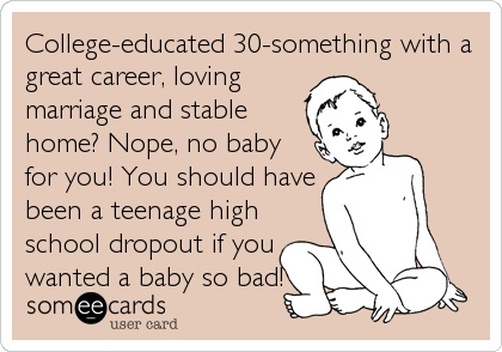 I'm pretty sure this is it.

The 'plan' was to go to 6 injectable/IUI cycles.

Well, I'm pretty sure I'm done after this and just start saving up for IVF in June.

I don't think it would be during the school year to be getting bloodwork every other day and be stressed with work. Who knows? But this is what I am saying now...just don't mark my word yet.

I don't know if it's because of all the meds, but CD1 & 2 were HEAVY. *TMI* But I had a ton clots and changed tampons many times. It has to be the meds thickening the lining from last cycle right?

I called Freedom Fertility today to get refills on Gonal-F, Ganirelix, Crinone, and Ovidrel. Well after a few hours, they call and say my insurances are not paying any copays anymore.

As I argued with them that these meds were already given the last 2 months, they said it was because the first month was a 'courtesy' and the 2nd month was an 'override'. What the hell? So, now I'm out of 'chances' with them.

They suggested I just go to another pharmacy and my primary insurance is CVS Caremark. So they 'transferred' all my info to them.

In hindsight, I guess I should've called for my meds before my cycle was even over!

So they call me on CD2 and say that Caremark needs a pre-auth. I hate those pre-auths. Gimme a break! We infertiles need these meds and it's not like their pain meds and we're trying to get high!

My RE's office said they gave Caremark the info, but it was denied because "Primary Ovarian Failure" is not reason enough to warrant meds.

So Caremark calls me back saying they can try to call my insurance again and use a different code like "Infertility".

I need to take Gonal-F on Saturday night, but I do have 2 left over 900 pens in my fridge. I just want the Ganirelix, Crinone, and Ovidrel. I pay full price for Ovidrel anyways!

Here I am not knowing if the meds are going to cost a zillion dollars or insurance will finally work out? I guess my RE's nurse is going to talk to them tomorrow.

UPDATE:
So this is crazy!!! My husband and I were literally on the phone with CVS Caremark Specialty Pharmacy for hours. Like off and on...all damn day!

Apparently, when Freedom Fertility dumped me, they said they'd transfer all my scripts to CVS (my primary pharmacy). I was just with Freedom because that's what pharmacy my RE used.

Anyway, they said that they didn't get the 'proper scripts' because Freedom Fertility sent them screen captures of them. But they didn't tell them that.

Huh????? So now we had to play middle man for these 2 pharmacies and all I wanted was my meds...like now. I called them on CD1 and now it is CD3.

So I called Freedom Fertility to tell them to resend all the scripts. I was literally crying on the phone with them because this had been a several day process and what the hell? Can't I just get my meds like I did from the last 2 months!

They said that they needed the diagnosis changed too. I called my RE's office and she said it was an error by one of the nurses who said I was in primary ovarian failure...that's pre-menopause! I have primary ovarian dysfunction. No wonder they wouldn't approve the meds.

Then to make matters worse, they call me back and say the scripts from my RE don't have directions on them and insurance wants directions! I said all I do is inject them according to what they say!

Meanwhile, I have two 900 pens in my fridge, so I really didn't need and FSH. I did need my Crinone gel, Ganierelix, and Ovidrel.

They call me back on Friday saying that all meds are $20 each!


Moral of the story: Sometimes I guess it's good that insurance companies are assholes and difficult. Saving us some money, so now we might do up to 6 IUI/inj cycles!

Tip for you OCD infertiles out there! 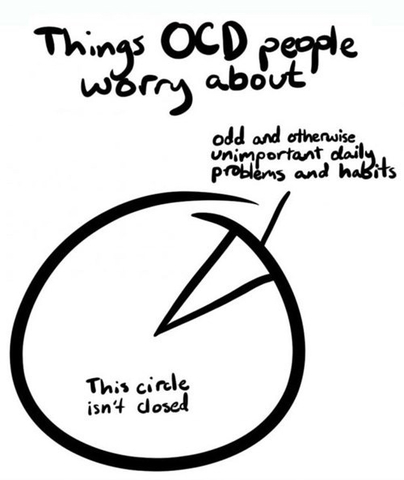 I still use the Fertility Friend app, but I don't take my BBT anymore. I just plug in my info, so it can keep track of things there.

But I also use the Notes app in my iPhone to keep track out the little notes while I'm on the table at the office.

Well, to add more OCD organizing to it, I printed out a chart in Microsoft Word, so I could put it on my fridge and write on it while I was on the phone with my RE's office. Then I went back into my laptop and typed in the info.

This cycle was different because of my scar revision surgery on CD13. Believe me, I tried to get it for the week of my period or a little later, but of course, they were full.

So, my RE's office is taking it slow with me this cycle because I usually was triggering on CD12 and IUI's around 13 or 14.

If you wanna keep track better or just like having a quick go to chart for your recording, feel free to use the one I have or make your own! I just started doing it this cycle and I really like it so far. My husband will get confused, so sometimes I will write the 'real' dates on the sides. haha We get so used to writing CD and then the actual date is no longer a thought! 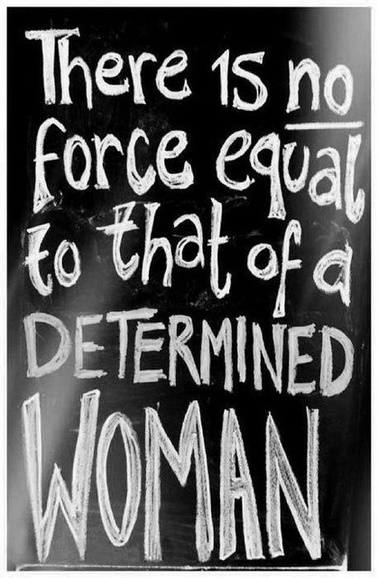 Saturday CD4:
Baseline ultrasound----- no cysts!!!!!!!!!!!!!
Ultrasound tech poked me though. :-( That has never happened in all my ultrasounds. It hurt just for a second and she apologized, but it surprised me!

Did I mention that it's a 45 minute drive to RE's office? And that no other hospitals or clinics do Estradiol or LH same day? So, basically, I get up at 7:15 drive to office for a 30 second blood draw and turn around to drive right back. Then I go back to bed...lol...to 2 p.m. (We've been staying up really late recently!)

CD11:
Test: Estradiol & LH
Gonal-F 225
Ganirelix
Midcycle Ultrasound:
Left---3 follies...24mm (which is probably a cyst) and 2 under 10mm
Right---10-12 follies all under 10mm
Lining: 13mm which was good Yay
RE's nurse called and said everything was fine and since I'm having my scar revision surgery on Monday, he was taking me slow this cycle. I've never had 10-12 follies come up on a CD11 u/s, but she said that is normal. I usually only have 1-3. So I was pretty anxious leaving the office and driving home. I took an Ativan because it was freaking me out that I had a cyst and then all these little follies on the other side. I kinda figured it was due to me being kinda early than usual in the cycle, but I wanted to make sure that is was normal!

CD13:
Scar Revision Surgery at 5:30 a.m. Yay...I'm excited to get these fixed finally!
Gonal-F 225
Ganirelix
Surgery went well, but I had a bad reaction to the anesthesia. Very strange since I've had multiple surgeries before with no problems! I was throwing up after just eating a little bit and drinking ginger ale. My husband took me to the ER and they were able to give me 2 IVs for nausea and one for pain. I felt a hell of a lot better after that.

CD14:
Estradiol & LH
Ultrasound to get size of follies...hoping to get some big ones!
Well, folly on the left side was 32mm. The right had 10 & 12 as the biggest and a bunch of little ones. Weird! I've never had a folly that big and my RE said it is still a folly for my Estradiol was around 500. She said that cysts don't produce Estradiol since there are not eggs inside.
Ovidrel 10:30 pm 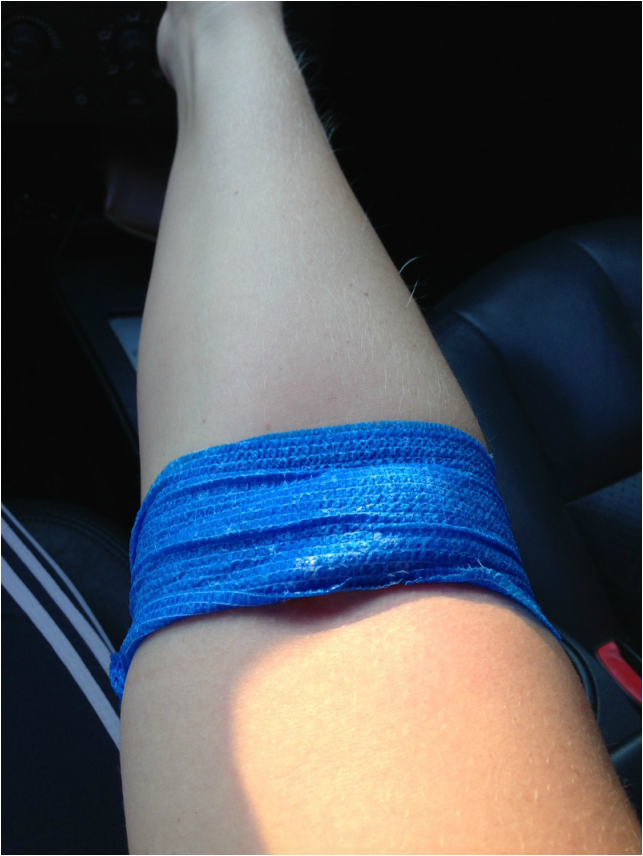 The usual mark of bloodwork us infertiles get daily. 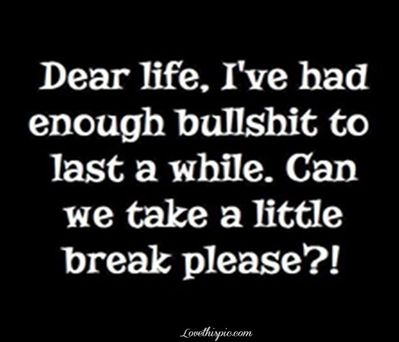 Well, I guess it's good that I had my therapy appointment today at 5:00.

I deleted my Fertility Friend app.

I deleted a note in my iPhone that counted all the infertile cycles...we're up to 42 now.

My hopes for a baby feel totally dashed.

My husband wants to try next cycle for injectable/IUI cycle #4, but I don't. I just wanna quit until June when we can try IVF.

Do I hope I can get pregnant for free and naturally? Hell, yeah.

But do I have a snowball's chance in hell of doing that....yeah no.

I don't wanna have anything to do with fertility. I will continue to pin in Pinterest to my board "Hoping to beat infertility and baby loss".

No more OPKs or tests or shots...no more check symptoms. Not going to do my temps either. A total break.

I'm hoping this keeps my mind focused on school and not distracted for this summer was spent entirely on focusing on these injectables and IUIs.

Sheesh....now I have to look forward to planning my sister's baby shower on September 21st. Here we go.

So....switch to my scar revision surgery. I had this at the beginning of August. I was getting my two hip replacement and mini-lap scars revised. They were too thick and becoming indented. I also did not like the jaggedy look of them. Yes, I am vain. The scars ended up being a little bit longer than the original, but as you can see, they are thinnner.

I didn't post of pic of my mini-lap, but it's basically the same thing as the hips.

I had developed a large fat atrophy 'dent' in my right thigh. It was on the side and the doctors said the fat just kinda sunk down. So I had a dent and a bulge. No amount of weight losing or exercise would make it go away they said.

The plastic surgeon used lipo and took out 100cc of fat from there. He then put 50cc back into the dent. I am very happy with how it looks now! Here are some photos of before and after.

Another great thing about this surgery was that it was covered by insurance. The lip obviously wasn't but my plastic surgeon was not going to charge me. And he didn't! Yay!

I'm much happier with how the scars look now. They are fading more and more each month too!
Late August - September 2013
Powered by