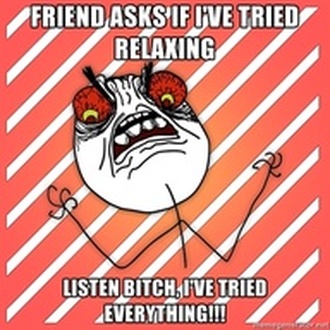 I searched online and want to go the route of injectables. This is especially after I was told my P4 was only 5.6 on 100mg Clomid.

I still can't get that out of my head that it went in reverse from last cycle's 50 mg.

My RE wants to meet this month...on my birthday to discuss injectables. His nurse suggested we take off May because on the injectables, you have to get daily bloodwork several days in a row. Since school's out in June, I will be available to come in often.

I just hope this month is the month I can get pregnant for free. Month #37. Ughhhhhh

On a side note, my older sister called to tell me that she is pregnant. I get to be an aunt with my family. I'm already an aunt to 13 nieces and nephews from my husband's side. This should be exciting for her and her husband!! 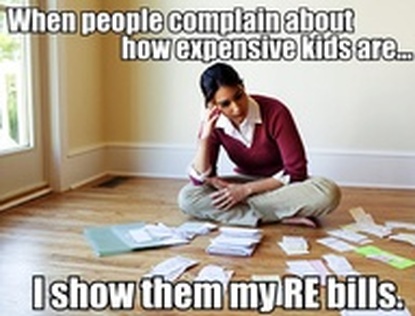 It's my birthday. I'm 31....wow!! I have an appointment with my RE tonight to discuss the next plan.

He said that when he saw the 5.6 progesterone number with 100mg Clomid he put an ? and ! next to it. He said he was that surprised that my P4 reversed on higher Clomid.

He said my Estradiol was around 80 and that with each follicle, it should be around 200. I had 2 mature follicles that cycle. He said that he thinks I have weak or immature eggs. There is no actual way besides IVF to test each egg to see, but according to blood hormone levels, that's what it's looking like.

He said I could go with 150mg Clomid + IUI for June, but with injectables, I'd have a higher chance of getting pregnant. Of course, I told him I was DEFINITELY going with the injectables in June. He said I'd start on Day 3.

But I hope that it is true.

My RE said that the risk of multiples is higher of course, I knew that, but I don't care! As long as they are healthy. The rate is 1 in 5 will be twins. It will be awesome if I got twins.

This natural cycle will be a bust. I started AF on May 29. I got to 13dpo. So far, every cycle has been right on as far as the cycle days and the actual calendar days. That is pretty cool. This has happened in May, April, and now May!
June 2013
Powered by