I made it into a different month! Milestone! 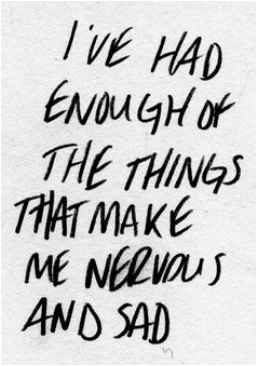 I always get anxiety when I know there is going to be an ultrasound machine involved in viewing the baby. It just still and always will be a trigger.

Today was no different.

Here is a good article I found on Pinterest about losing the innocence of pregnancy after loss.

My husband has been so positive and he has really driven me away from the obsessive thoughts and googling.

He will look up what size the baby is or what developments he has.

I do not look up anything baby related on Google. It has been a positive influence to have cut ties with obsessing.

Everything went well at the appointment with baby boy today. His heartbeat was 145 bpm and he was actually measuring at 11 weeks, 1 day. He was supposed to be 10 weeks, 4 days.

Of course, I asked my OB if measuring larger is a problem and she said it isn't: some babies grow more quickly at different stages. 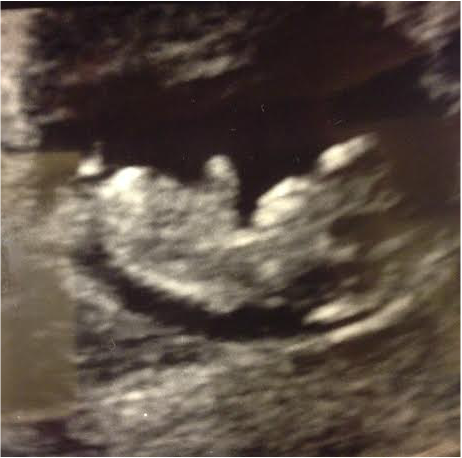 Annnndddd....I fell on the ice in my driveway

Literally the next morning after my appointment, yep, I bit the dust. I luckily landed on my left knee.. It's sore and bruised, but I didn't land on my belly.

It had snowed more overnight and covered up the ice and the next thing you know, I hit the ground.

I called my OB and they said I'd be fine since it wasn't on my stomach or tailbone. I wasn't having any bleeding or cramping either. They said that I could go to the hospital and get an ultrasound to give me peace of mind.

So, anywho, I went to the hospital and everything looked good with the little guy. Yayy!

As I was at school, many of the people had a story of when they fell at later weeks than me, onto steps, or ended up really hurting their back or bottoms.

I am so pissed at the damn groundhog saying 6 more weeks of winter!

Fuck this ice and snow! 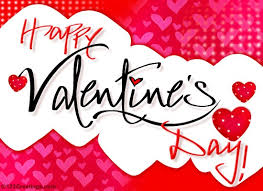 I had breakfast and took the dog out....we had gotten like 3 inches of snow.

My stomach was killing me when I came back into the house, so I laid on the couch. Lately, I have been having diarrhea often. I believe it is due to me eating more fruits and grains though.

Anyways, I threw up again! Baby boy doesn't like eggs and toast I guess!

I was concerned that it could be the flu, but I don't have a temperature, chills, sweats, etc. And I felt much better after vomiting. Being a teacher, I'm around kids puking, coughing, sneezing, etc all the time!

I took a long nap and had to let the dog out to pee, and of course, we got like 4 more inches! And it's so frigging windy too!

Now it's 3 pm and I'm just eating some pretzels and ginger ale. I don't feel sick. 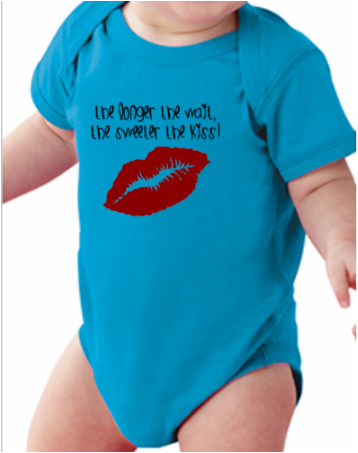 Yes, this is going to sound dumb and conflicting, but I've found a way to trick myself (or at least pretend to).  I know for some infertile pregnant women or just infertile women, this does not work. My friend said she tried it her last pregnancy and ended up with a stillborn.

I'm attempting to error on the side with ignorance: I'm going to try to continue at this pregnancy as though nothing bad could happen. Do I know something could? Well, yeah obviously.

But I'm trying something different for my own personal anxiety: I'm still focusing on one day at a time and not looking ahead like "Oh I'll be 25 weeks then, etc".

I trying to think like someone who has never struggled or has known tragedy. I know that more than 90% of all pregnancies end in perfect babies. I know that I've always been part of the minority and like you, you are too.

We get so caught up in the exceptions to the rule that we lose sight that this might actually work...like it's worked with millions of other women.

I'm definitely not trying to come across as arrogant, but I do think this mindset might possibly be a key in achieving some sort of lower level of anxiety.

I'm still the bitter infertile inside and those sides conflict. I've had infertile people say snarky things to me and it's okay: I've been there too. It really is okay.

I've struggled, you've struggled, but let's all be on the same team for Christ's sake. We are all struggling and even if I'm pregnant and you're not, let's not split hairs.

We all deserve to get a baby. Not just get pregnant mind you: but get a real, live baby!

I'm hoping that possibly this new way of thinking happy thoughts will be a good thing. This onesie at the top of the picture is what I had made on Etsy. There is this awesome seller who is doing $8 personalized onesies. Check her out at HalfPintCuties.

I've had 4 infertile friends get pregnant from IVF lately. Are we terrified: of course! And I feel badly when one says she bought some baby clothes and then remarks "even though that might be stupid".

Well, you know what? Fucking infertility, crying, screaming, miscarriages are all stupid and drainers. If you get happy by buying one freaking onesie, then buying that freaking onesie!

If things don't work out, then at least you have it for when you do get your child because dammit we are tough bitches who don't quit!! 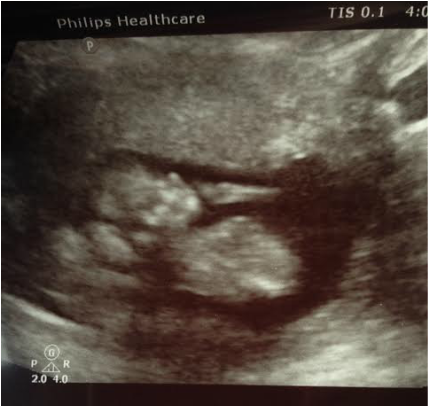 My next appt is Thursday, February 19th. I have my OB appt and talk therapy right after.

This time, the nurse did a doppler heartbeat check. She said he was in the in the 150's.

My OB did an ultrasound and didn't measure him. After 12 weeks, the measurements are not as accurate like they were before I guess.

The baby is moving much more: it looked like he was doing MMA fighting with his hands by his face and kicking his feet!

I did have some mild pressure on my uterus lately and she said that is because my uterus is stretching.

Just another good thing that I don't Google shit! I really take what she says as the "word". Since I'm not totally familiar with being pregnant past 8 weeks, I am learning a lot from her.

She explained that I might feel him kick around 18-20 weeks. I might start showing around 20 weeks, but that depends on many factors like body size, weight gain, and just general baby bump growth.

I personally don't think that I'll show at 20 weeks and think it will be later for I'm a much bigger woman than most.

I had some red/purple stretch marks on my stomach and she said those are from the baby growing. I wasn't sure if it was from fat. LOL I did gain a shit ton of weight during IVF and the IM shots.

She said that around 24 weeks my uterus will be at my belly button and she will begin measuring my belly. She said that in centimeters, the distance between the top and the bottom of the uterus should roughly be the week that I'm on.

I had talk therapy right after and I must admit that I am becoming less anxious than I used to be. I know that is mostly in part of the PGS testing and comfort of a chromosomally normal baby. My therapist said it was good that I am trying this new outlook.

Crafting for the nursery 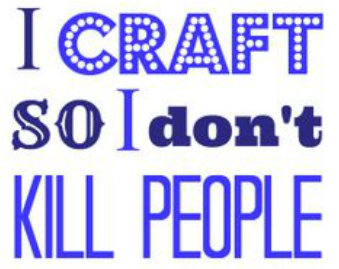 I have started some crafting for baby boy's room. I know it might seem stupid to many of you reading that I'm dumb to get some shit ready for him at this stage, and I agree with you.  However, my therapist tells me not to think like that and crafting helps me relax. Not to mention that with the snow and negative temps here in PA, I've only had 2 days of school this week and 3 days canceled! I veg out enough, but gotta do something worthwhile with my time.

Alas, the idea that I could be crafting and throwing things away if this doesn't work out has crossed my mind, but it makes me feel good and it's not illegal so what the hell.

I have made my birthday May 15th as the time where we can look at a crib or other big items for the baby. It gives me something to look forward too. Plus I'm ready from this fucking winter to be over and let it be spring already!!!

One of the things I liked from Etsy was a group of burlap stenciled sports sheets. They were $30 on there and that was the cost without the frames. They currently weren't listed to be purchased.

I knew I could make those for WAY cheaper, so I found burlap sheets at Walmart. A 3 pack of 8.5 x 11 sheets was like $3. They are laminated on the back so the paint doesn't bleed through onto your table.

I printed out 3 sports that my husband and I have played and I put them under freezer paper. Yes freezer paper is an awesome, cheap way to make a stencil! Granted you can only use it once and then it's too wet to re-use, but that's not a big deal when painting on burlap since you don't need 2 coats really.

So you put the printed shape paper under the freezer paper. The freezer paper must be shiny side down. Trace and then cut out the insides of the shapes where you want the paint to be.

Then you iron the freezer paper directly onto the burlap. The shiny side of it sticks to the burlap and it sticks really well to make a good seal. I used my iron on the wool setting and ran it over a lot and pushed hard.

Pick up those spongers with the wooden sticks and they really help with keeping the paint on the right spots and not bleeding into the negative space. I just used acrylic paint that's no joke 50 cents a bottle at Walmart.

I bought frames at Walmart for $13 since our dresser and night stand are all that dark brown mahogany color. I already had nails up for some previous art work and I just replaced those with the new sports ones.

It didn't take that long and the paint dries super fast on the burlap. I did make some other things, but I will wait to show those since it has our son's name on it. (We've had the same kid's names since 2009 lol).

Anyways, this is what I did. Each piece cost $14 total! 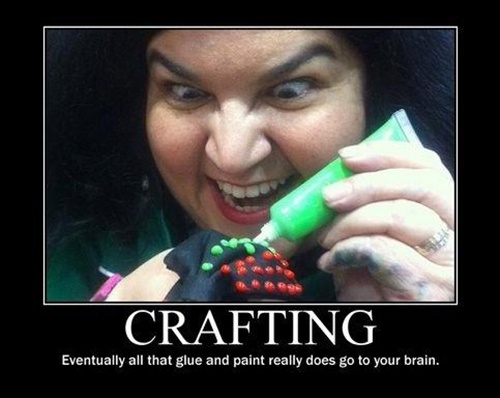