So glad I'm into another new month!

Writing off your IVF expenses 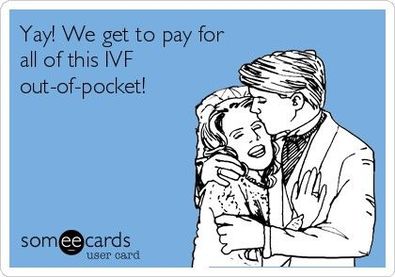 I went into some detail on this page about how I was going to keep track of the IVF costs. It helps to have things organized not only for your sanity, but for your accountants as well.

I must brag that my accountant said I'm the poster child for handing in itemizations! lol

Anyways, we didn't get back as much as I had hoped. Of course. Here is the break down:

We had $30,849 in medical expenses. This included meds, treatments, co-pays, and mileage.

Now what sucks is that you take your adjusted gross income and multiply by 10%. Take that number and subtract it from your medical expenses.

That is what you can write off. We could write off $18,127 as itemized deductions. Then take that entire total and subtract it from your adjusted gross income. Blah blah blah I can't figure out what else they did, but long story short, it didn't nearly get back as much as we put in obviously.

My husband has a bunch of itemizations with his job, so we are used to using Excel and counting miles. 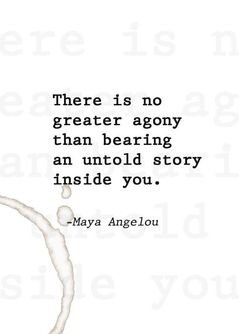 I was supposed to go on Thursday, March 5th, but we had ANOTHER snow day, so I was able to change my appointment to Wednesday.

I had gained .4 lbs since my last 2 weeks appointment. The nurse did my blood pressure and the doppler for his heartbeat. It was in the 150s again.

My bladder was empty because of having to pee each time to get checked for proteins and glucose. The OB couldn't get a great picture of him because of this. She asked me if I didn't mind a transvaginal: of course I don't! I'm an infertile vet...we're used to those!!

The pictures on the screen were WAYYYYY better once she used the wand. She explained that my cervix was measuring at 4.12 cm and it looked excellent. She said the placenta was nowhere near it and that was great.

He had his hands behind his head most of the time and it looked like he was doing crunches! He was measuring at 8.54 cm...that was from head to rump.

She said around 20 weeks, I should feel him kicking. She said that I should sign up for a 7 week course at the hospital on Lamaze, infant CPR, and breastfeeding.

She also was talking about how much of a nightmare it was to order her friend's crib. She said it went from being delivered in 2 weeks, to 4 weeks to 3 months.

I must've given her a shocked look because she then added "It's okay Julie. You can order your crib. It's alright."

That comment got me excited because it was a medical professional telling me that was okay.

She mentioned that I had to schedule a 19 weeks anatomy ultrasound at the hospital. They will look at him in all different measurements on a biophysical level.

I made that appointment on Good Friday, April 3rd.

She went over labor and explained some other things to me like how some women can be like 4 cm dilated then ready to go. She said most first time moms take longer to get dilated. She explained that Lamaze can help relax you when the time comes if you are stressed or in pain and the meds are not working or if you're against meds.

I am not against meds clearly!

I told her that if she told me to go outside and hop on one foot for 20 minutes, I would do that too! 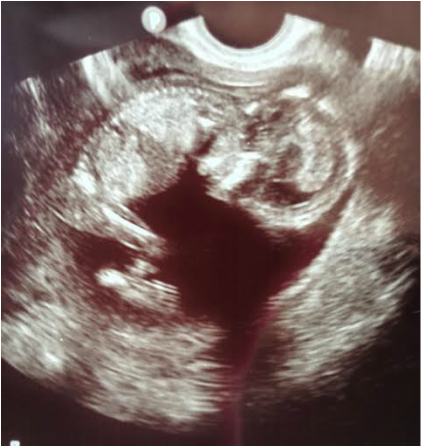 You can see his spine and brain! WOW!

I don't want to come across as complaining, but I want to list some of the symptoms I've had more recently. I honestly didn't have any really early on besides the increase in breast size.

If you don't have these symptoms, don't freak out. I have had pregnant infertile friends freak out if they are not puking every day. Although I did twice, I do have to eat something every few hours to feel better. 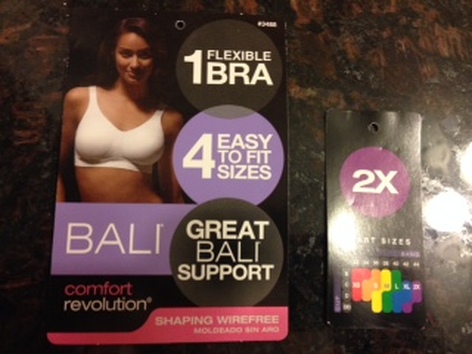 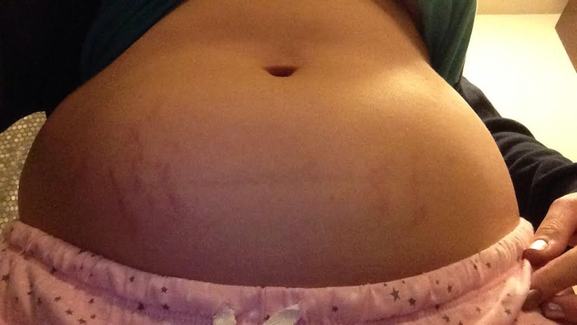 I started coaching track at the beginning of March after work. I knew I was going to be home much later than usual, so I packed my lunchbox with additional snacks.

I thought I was really doing too many things, but then I saw online that the calories in the second trimester should be 2,200. I went on the My Fitness Pal app and saw that all those snacks weren't 2,200 worth of calories, but about 2,000.

A lot of the snacks I packed were healthy and I think that is why. So anyways, I added more foods to each day and like using the My Fitness Pal app to make sure I am hitting the calorie count in healthy foods. 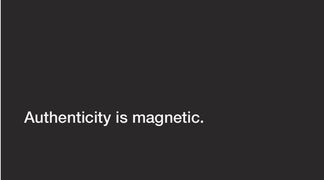 It was my Dad's birthday on March 18th, so I asked him if he'd like to come to my OB appointment. He is 68 and obviously had never seen any ultrasounds before. I thought it would be cool for him to see the technology!

I got my weight checked and this is where I was shocked: I gained 6 lbs. Yeah, 6! Good lord! I have been eating so healthy too! Then of course, my blood pressure skyrocketed to 155/something.

The nurse did the doppler and his heartbeat was around 143. Then she did my blood pressure again and it was 135/something.

I asked my OB about my weight gain and she literally said "Look at my face: do I look like I care?" LMAO I love her!

I explained that I was eating healthy and getting 2,200 calories a day. She said I do not have to count calories and should eat when I feel like eating. She said you gain weight and not know why because that's just what pregnancy does. As long as I'm getting calories that are healthy and not junk food, she doesn't care.

I must mention that I am still lifting weights everyday and I know that muscle weighs more than fat, so I understand that, but 6 lbs really surprised me!

Anyways, the appointment went fine: she said I had excellent fluid around him. Now that he is getting bigger, he cannot fit his entire body onto the screen.

Well, she turn the probe and there he was with his legs spread apart: we saw his pee pee! hahaha My Dad cracked up after the OB pointed out that it the baby's penis.

I was cracking up too. 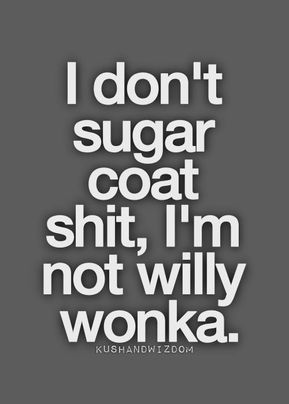 My friend that had the stillborn said she was about to get a free breast pump from Obama Care and her insurance. I googled it and got to the Medela website.  I filled out all the info and 4 options came up on the screen. One was for a free pump and the others were upgrades at discounted prices.

I am looking for any and all free/discounted things I can get...spending $800 a month on fertility loans is rough!

Now my sister has a pump I can use and we will switch out the parts to make it more hygienic. But since I was thinking this is free, I might as well get one!

I'm a huge fan of Obama Care for I have personally experienced health insurance companies denying my hip surgeries and tests are "pre-existing conditions". Ummm if you don't know about the condition, then how can you fix it? The insurance companies would always tell me that since I developed my hip issues by the age of 8, I wouldn't qualify for any coverage. Yet I didn't find out I had these issues until I was 27 and in excruciating pain.

And don't get me started on coverage for fertility shit: fuck them.

Okay back to what I was saying: I get this call from my OB's office saying my insurance sent them a letter. The letter stated that I couldn't get a free breast pump until I had the baby.

Ummm...okay? So I called to bitch the insurance out. Then the rep says "Well your group number actually is grandfathered out of Obama Care, so they don't cover a pump at all. The only time it would cover one would be if your baby was born with a genetic anomaly or you couldn't breastfeed."

Of course, you know me, so I say "Okay, well you will cover if I was addicted to meth and needed rehab right? Yeah sounds pretty messed up to me. I just want to feed my child." And I hung up.

Ummmmmmmmmmmmmmmm...what the fuck? That is different than the letter they sent to my OB.

So I get home from a track meet and that Medela pump is in the mail! Christ!

I called Medela and told the guy what was going on: I don't want to get a bill for the full price of the pump, so I'll just send it back.

The Medela rep was totally confused as to why the insurance would have 2 conflicting views and if it wasn't covered, how did it go through online?

So Medela is going to contact me and hopefully figure this shit out.

I'm a fighter, so my insurance knows they are up against one persistent bitch!

UPDATE: I called my secondary insurance Cigna and they said a pump is covered! I must order it through their vendor and can't get it until I'm 28 weeks with doctor's note. I literally will be getting the exact same Medela pump that I already got.

In the meantime, Medela said I had to ship back the other one they sent me...and pay for shipping myself. Whatever. It ended up being $11 to ship since it was heavy.

I took a photo of the pump box with the address on it and I made sure to keep my receipt since it came with a tracking number.

UPDATE #2: After all that, I ended up getting a fucking bill from Medela about 5 weeks after I shipped the pump back. And guess what? They want my money or the damn pump! Fuckers! I was FURIOUS!!!!!! I went onto the USPS site and used my tracking number online and saw that the pump was delivered to the address I sent it too. I called them up and bitched them out. Long story short, they got the pump, but someone had made an 'error' that showed I hadn't sent it back.

I had my best friends bridal shower and bachelorette party, so I woke up on March 28th at 8:00 am to get ready. I showered, then I ate my normal breakfast of cereal and orange juice.

Then I went upstairs to put on my makeup...well I was up there for 1 minute and felt like I was nauseous more than usual. So I ran down the steps to the bathroom.