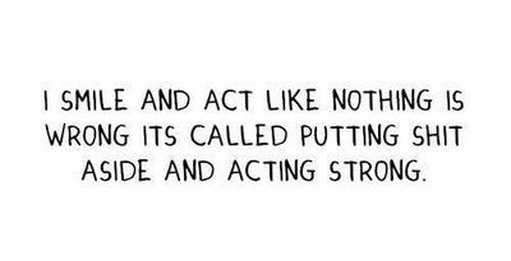 My mom got me the name of an orthopedic surgeon (OS) with a group outside of Pittsburgh. I won't name the group, because my experiences with them weren't positive.

I had an appointment at the end of August and once I brought my x-ray films, he took 5 minutes to look at them. He said "Well, I'm not really a hip guy. I do shoulders and knees. This doesn't look like a big deal to me. I'm gonna have you get an MRI and then see our hip guy after."

Relieved, my mother and I left the office and were hopeful. "See, I told you it wasn't a big deal" she said.

I got my MRI a week later I believe. Now, when they tell you these MRI tube 'might' be loud, what they really don't say is that it's REALLY freaking loud. Like even with the headphones on blaring music, you still hear noises like the machine is going to blow up.

I closed my eyes the whole time. I'm not claustrophobic, but doing any more than one MRI, I could see how people can become claustrophobic.

I remember the nurse saying that if I wanted the results CD, I could get one. Well, I already had x-ray films, so I might as well get an MRI CD for my records. Once I got home, I popped that sucker into my laptop and was surprised when it started to open its own program and run the images and summary.

3 pages. My MRI results were 3 freaking pages long. And..........full of anatomical vocabulary beyond my Masters in Education. I was glad to have Google. As I'm reading over the summary, I am shocked to see all of these things like
"trace bone marrow edema , "degenerative signal present", "acetabular labrum", and "periaortic articular soft tissue".

The most telling was the impression (or their findings):
MRI right hip without contrast:
There are findings of significant degenerative joint disease in the right hip secondary to probable hip dysplasia. These are focal to the weightbearing surface, with areas of chronic appreading subchondral abnormality of both the femoral head and acetabulum. There is possibly minimal reactive bone marrow edema also present. There is no pneumonic double line sign that would be demonstrated in AVN. Admittedly, given the location of the abnormality, this is difficult to complete exclude though I believe it is less likely than osteoarthritis secondary to a mild hip dysplasia.

But, what I am most shocked to see is:
The large field of view imaging of the pelvis demonstrate benign appearing ovarian cysts but not more significant abnormalities present.

I went back to the same practice of doctors and saw a new guy...he was just for hips. Upon entering the exam room (which was EXTREMELY small), he entered with 2 nurses and a student doctor.  As he looked at my x-rays on the light box and looked over my results from the MRI, he didn't say anything. He measured my angles (a common practice on hip x-rays to see the degree of abnormality).

"Your hips are really bad."

His bedside manner was terrible. I just sat there while he asked me about my history. I explained how I was an athlete and All-American javelin thrower. I had no prior issues with my hips and at age 27, they just started to hurt randomly. I told him we're trying to have kids and I'd like to become a mother before getting any surgery.

"I wouldn't let my wife have children if she had hips like these. Your joints will not be able to handle it and it will be too hard to give birth. You can't do that! How are you going to take care of a baby?"

Stunned, I just sat there. Belittling me as though I didn't understand the severity of the issue, but the fact is that he can't do ANYTHING to help me. Yeah, that is a great way to treat a young woman. I started to cry.

"There's only a handful of surgeons in the United States that can help you. You need a specialist. There's one in New York City, Philly, Boston, and Reno, Nevada."

"Does anyone in Pittsburgh do that?" I wondered.

"No one in Pittsburgh does that! I could do an arthroscopy, but that wouldn't do anything!"

And with that, he was out of the room. Just left me hanging. I didn't even know what a PAO was. One of the nurses saw me crying and gave me a script with the names of doctors in those cities. Then I left with my battered and bruised ego without any concrete solutions to my problems really. Back to square one. 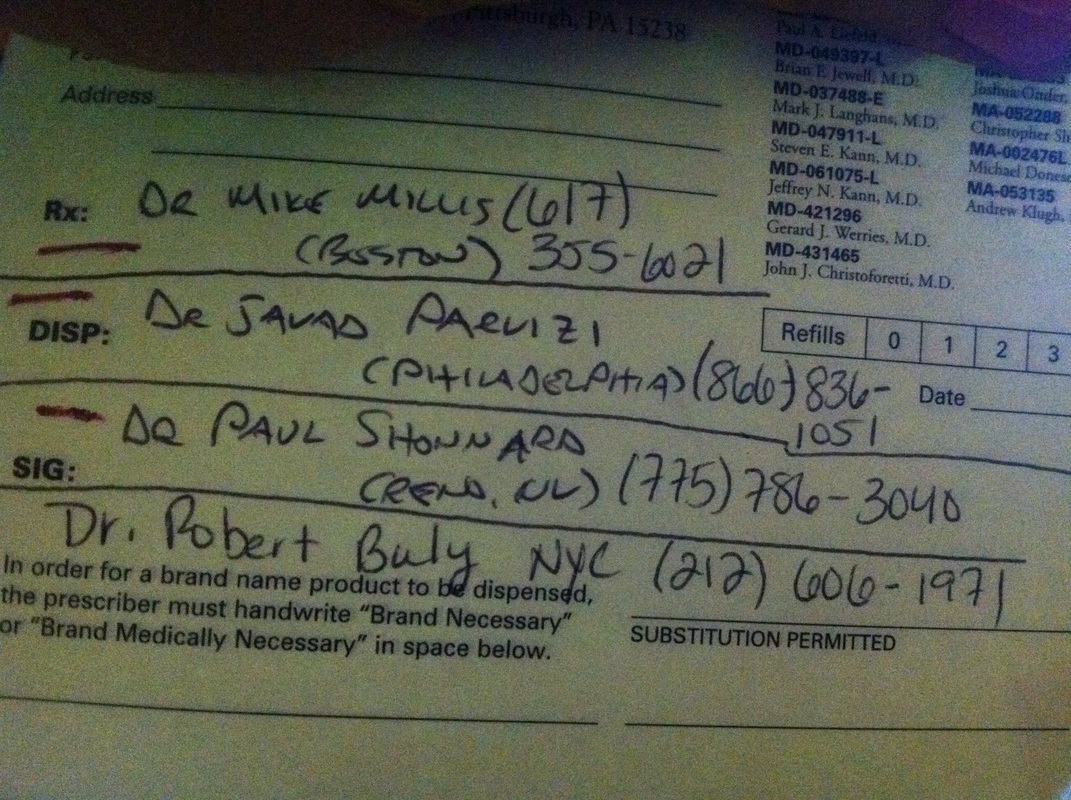 Script I was given that day.
September-October 2009
Powered by