A trip to the beach leads to another surgery. 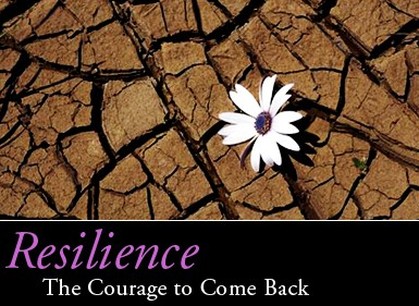 It's extremely hard for me to lift my left leg up. I still cannot put on shoes on that side without assisting the leg to lift. It is becoming still difficult to put pants on.

When I got a massage from my physical therapist, I literally screamed.  My left quad was so tight and when he massaged it, I felt like the leg was going to pop off.

I knew something was wrong after the pain didn't go away. It had been one year since my left FAO. Dr. Parvizi thought it was a TFL muscle issue. Then he thought it truly was the severity of the arthritis. My next step was hip replacements, but I wanted to wait for a new prothestic.

Dr. Parvizi told me that the FDA was going to approve a new ceramic and titanium replacement that was specifically deisgned for taller people. He said if I felt I could wait for that one, then I should wait.

So...I decided to wait. And of course...suffer.

In July, a couple that we're friends with had a chance to score a week in Hilton Head, SC. I love the beach, so of course I wanted to go! We hadn't been to Hilton Head before and heard it was great.

My hips would be a challenge in the car ride, but I just have to get used to it.  Grit my teeth like I always do.

Each time we stopped, I got out bend and stretch. I'm used to that though. Being in a seated position for over 1 hour is very difficult for I become stiff and bent in that position. This is the life that I will have to get used to though.

We were staying for a week. The weather was great. The condo was awesome. We were all having a great time.

The condo was up 3 flights of stairs. That was one thing that killed me. I physically had trouble going up the steps. I had to take it slow.

The other thing I didn't realize was how difficult it was to walk into the ocean. With the uneven sand footing and waves crashing into me, I struggled to maintain balance....I liken it to having toothpick legs and a normal upper body. I felt unbalanced and unsure. This was a body that supported me in winning championships, awards, and trophies every season...now it can't even walk.

But we were at the BEACH! Who can complain when you are at the freaking beach???

After 2 days, I emailed Dr. Parvizi. He said the FDA was waiting to approve the new 'taller person' replacement. But   I didn't know when that would be? 3 months? 6 months? I wanted it and I wanted it now.

Dr. Parvizi was prompt returning my email like all my emails. I was surprised to see his response: 1 1/2 years.

I explained to him that it was becoming more so than ever obvious that I couldn't have a quality of life deserving of someone who is 30 with a problem that can be fixed.

He said there was plenty of options in prosthesis sizes. He suggested I come in right after we get back from the beach and I even made an appointment to go the very next day we got back.

At that time, I was also ovulating, but I made a commitment to get my hips replaced. If I got them done on July 23rd (which was 12 days away), I would have about 5 weeks to recover before starting school.

I tried to be relaxed the rest of the trip. I had it in the back of my mind though. I knew this was the right choice for me and my life. 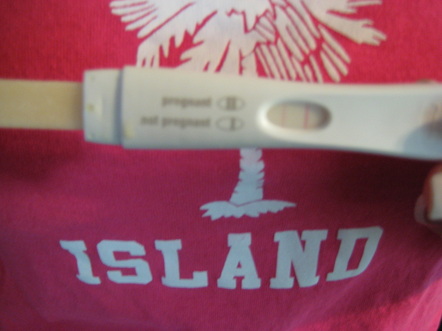 One of 3 pregnancy tests I did.
After the long ride home (in which I slept most of the way), the task of putting away my things was next. Since I didn't want to be bending down, stooping etc, I had my husband help me.

I had my pregnancy tests and pads in the bathroom. Today I was 15 dpo today and supposed to start my period. I decided to take a pregnancy test since I had them out.

I was shocked after 5 minutes.

"Isn't 2 lines what you normally see?" said my husband.

Wow. That took about 5 seconds to sink in and I immediately called my OB-GYN. I had been on serious pain killers and still was on them!

The OB-GYN office called me at 3:00 to say it was true...I was finally pregnant!

I was so happy, scared, worried, and a range of emotions. How could I be pregnant when for 29 months I wasn't?

The OB-GYN wanted to talk to Dr. Parvizi for she had never had a patient with bilateral hip replacements who was pregnant. I also ended up getting several more blood tests to make sure my numbers were doubling.

I was surprised though when my OB/GYN said I was anemic. She said my hemoglobin was a 7. It needs to be a 12. If you get in lower range under 5, you need a blood transfusion. She put me on iron supplements and I was told to each a lot of iron rich foods like spinach, nuts, and raisins. So I did.

The only people we told were my in-house PT and nursing staff. I had 2 weeks of them coming in to help with my exercises as well as wound care. They were very surprised and happy once I told them my whole infertility and medical background. They couldn't believe it and they were dedicated to helping my husband and I get through this recovery safely.

I got an appointment to get an ultrasound at the hospital. It was neat to see the heartbeat on the screen. I was 6 weeks. I was telling the ultrasound tech all about my medical history and she was shocked. She remarked "I wanna meet this baby! It is so strong!"
August 2012
Powered by