With a MRSA infection, I wonder if there's a cruel joke that was being played on me.

You must be kidding. 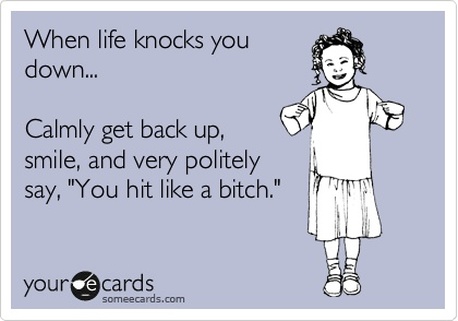 2010 started out just fine. I was still dealing with my hips as my 'primary' issue now that the large ovarian cyst was removed. In January, it would be 9 months of Trying to Conceive (TTC). I didn't give that much thought in the fact that I wanted to figure out what was wrong with my hips and how I was going to solve the problem.

I noticed I had this red bump on my thigh. I just chalked it up to a bug bite or shaving bump for it was small and seemed benign.

I actually went to the dermatologist who said it was a spider bite. Great! There's a freaking spider in my house biting me? We better find him before he bites me again! Jesus! I was given topical cream and that was it.

About 3 days of putting on the cream, I noticed the bite was still the same, but it was now getting a red ring around the bump. I went to the nurse at work and she said the same thing: spider bite & put cream on it.

Well, it got redder and redder. I thought it was just the cream taking longer to work and on Valentine's Day, my husband said he thought we should go to ER. I couldn't lift my left leg. The red ring had consumed most of my thigh and was hot and tight. Once again, I was so glad he was home to help me with this. It was 1:00 in the morning when he drove me to the ER.

At the ER, the doctor said he could open it up to see what was inside. He was sure it wasn't a bug bite or a spider bite because it was winter and we didn't see never saw a spider on my thigh. I'd remember that!

He started with numbing shots on my thigh. I was laying down on the bed while my husband looked on. We had just watched a movie at the theater and it was 12:30 am.

My husband later told me that the doctor did over 5 shots of numbing stuff. I only felt one. The next part is best I didn't see. I just watched my husband's eyes.

When his eyes got big, I knew something SERIOUS just happened. I couldn't feel anything, but something running down my thigh.

Apparently, he had stuck the scalpel in downward the WHOLE way. Not a little bit...not half way, the ENTIRE way. So I had 2 inches of blade in my leg! Ahhhhhh! So glad I didn't see it.

Next he cut a small incision in the bump. It was a sebaceous cyst. The stuff inside was sebum or thicker pus. It was a hair follicle that got infected...possibly from shaving.

The next part is not for the weak stomached. He had to get all the sebum out to PACK IT FULL OF GAUZE TAPE. I'm talking 3 yards of gauze. Not a few inches but YARDS! I got stuffed like a turkey and was told to not put anything on it like a bandaid. After 3 days, in the shower, I was to pull out all the gauze. This was to get all the infectious sebum out without the opening closing.

I also got a shot in the bum for infection and must note that the staff didn't wear gloves but the doctor did. The nurse who came to wrap up my leg with the larger gauze wore no gloves.  The reason we were given when asked was: "Wearing gloves is for our own good to protect us from the patient." Yep...that's interesting  So, we don't know if you were touching blood in the last room, but now you are touching me? (We did contact the hospital about this and they were furious a nurse told us that reason). I was given a script for anti-biotics too.

They also sent that sebum for a culture since my leg was so red and sore. Pulling out that gauze on day 3 was TERRIBLE. Once again, I cried as I took my hands in a 'tug-of-war' mode and pulled it all out in the shower. It felt like it wasn't going to end.

The doctor's office called to tell me to stop taking those anti-biotics IMMEDIATELY. Why you might wonder? Well, the culture from the pus came back positive for MRSA. I am SOOOOOOOOOOOOOOO lucky my husband said we should go to the ER. If we would've waited any longer, I might have gotten sepsis and had my leg cut off! O..M...G

So, I took the horse pills for awhile and couldn't believe my string of bad luck.